With people the hunt for animals came about with the need to find food and sources of food. Even while man took to a more agricultural like the fact that some products like meet and even fur and leather could only be had from animals ensured that hunting never grew out of fashion. But what it did create is an atmosphere where hunting game came to be seen as something for the wealthier and not for those with lesser means.

The elitist approach to hunting animals

As more people took to a life of agriculture the role of hunting came to be seen as something that was not necessary to sustain life and livelihood. Then it was the more exotic animals like the deer and stag that got to be hunted for the sheer sport that it provided the hunters each time. The industrialization of countries only accentuated this move towards a more settled life and it was more of a necessity that hunting sought to satisfy than to meet any immediate needs of people by ways of food and clothing.
Thus right across Europe, there came into existence hunting clubs and groups that tried to keep alive a practice that has long been abandoned as outdated. It could be said that the avid interest that some folks took keep alive this activity did keep alive a lifestyle that would have otherwise gone the way of the dodos.

The trophy value of deer and stag horns and head

It must be noted that the horns and head of the typical deer and stag did present a good was to display a person’s ability. Thus living rooms came to be adorned with the price hunts of each season that did with the help of proper preservation manage to stay in a good shape as well. This could well be the typical sights from any hunting lodges that got to be spread across the county side.
There is something about the cold European winters that made people take to some form of outdoor activity than most other times of the year. With people that have had the habit of remaining active, it is rather a damp feeling to be restricted to the indoors tending to a fire at the heath and hunting for this set of people was a natural activity that brought with it a lot of satisfaction as well as pleasure.

The future of hunting expeditions

It must be said that hunting as a sport or even for food is no longer going to be tolerated going into the future. This is due to the heightened standards of rights that animals get to enjoy in modern times and also the view that people must find alternate means of keeping occupied as well as entertained without taking life.
This is indeed a welcome development that is bound to help folks get out of an aggressive stand towards fellow beings and adopt a more peaceful look towards all life forms. 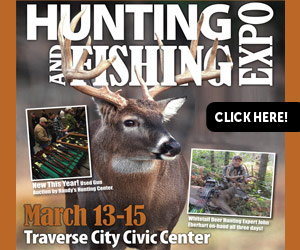